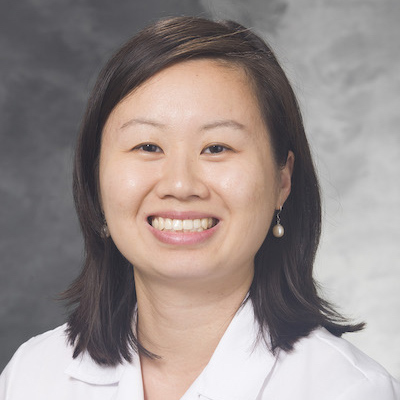 The UW Health Radiation Oncology Clinic’s RayStation treatment planning system features a Monte Carlo dose calculation algorithm for electron treatment planning. Research has shown that Monte Carlo algorithms provide more accurate dose calculations than other algorithms. But at the time of commissioning and validating the system, there was little data as to how accurately this Monte Carlo algorithm would calculate doses for sites with irregular surfaces or heterogeneous densities.

To learn more about the capabilities (and limitations) of this Monte Carlo algorithm Dr. Jessie Huang-Vredevoogd, assistant professor in the Department of Human Oncology, performed beam modeling and tested the accuracy of the algorithm’s dose calculations for complex sites such as the nose, bone, breast and lung.

She compared ion chamber and film measurements to the RayStation dose calculations and found that the calculations were well within suggested tolerance limits, except in calculations that used small collimating devices or cutouts.

“People who have been using this system have found similar issues, but there weren’t any publications specifically about the RayStation algorithm. This research fills that niche. For clinical physicists out there, it’s nice to have that amount of data to compare to when they’re doing their validating and commissioning  of their own systems,” Huang-Vredevoogd says.

Since the department began using the RayStation treatment planning system, there have not been large disagreements between the dose calculations generated by the Monte Carlo algorithm and those calculated by the Mobius3D software, a quality-assurance tool that recalculates each treatment plan using an independent model. “We do a secondary check for all of our electron plans with the Mobius3D system. That lets us know whether or not the algorithm is calculating doses that meet our accuracy standards,” Huang-Vredevoogd says. “If there is a significant disagreement between the two dose calculations, we would then perform a measurement to ensure that the correct dose is delivered to the patient.”

This research appears in the article “Evaluation of a commercial Monte Carlo dose calculation algorithm for electron treatment planning,” which Huang-Vredevoogd co-authored with Dr. David Dunkerley, UW radiation oncology physics resident, and Dr. Jennifer Smilowitz, DHO professor. It is in the June 2019 issue of the Journal of Applied Medical Physics.