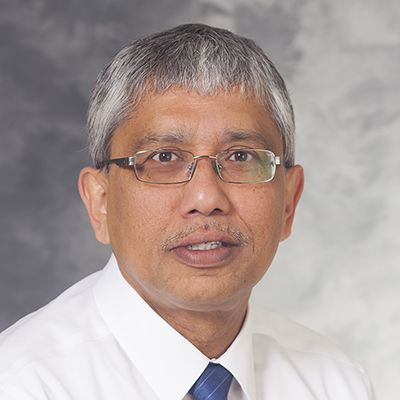 Dr. Rupak Das, professor in the Department of Human Oncology, retired from active clinical service on May 30 after 22 years. During his time in the department, Das made significant contributions, most notably in brachytherapy and resident education. In a recent interview, he shared thoughts on his career.

What brought you to the department?

Das: I’m Originally from Calcutta, India, and had planned on going back there after finishing my PhD in nuclear physics at Ohio University. I had a job at the Tata Institute of Fundamental Research, conducting high-energy particle physics experiments. But I had second thoughts about how my wife, Jennifer, who is from North Carolina, would adapt to the culture in India. Then a series of opportunities seemed to fall in my lap.

I got a research position in brachytherapy physics at Washington University in St. Louis after hearing about it from my former roommate. I enjoyed it and stayed for two years. Then my mentors advised me to go through a clinical residency program, so I enrolled in the Radiation Oncology Physics residency program at the University of Florida, which was one of the first programs of its kind in the country.

After my residency, I went on about a dozen interviews for faculty positions. None seemed like a good fit until I interviewed here. They wanted someone with a PhD in physics or medical physics, a background in brachytherapy research and preferably someone who had completed a residency program. It was almost exactly what I had done.

When I started here, I thought I’d stick around for five years at the most. But five years turned into twenty-two.

How has your role evolved during your time in the department?

When I came here, we mainly used to treat gynecological brachytherapy. Then we started our prostate low dose rate and high dose rate accelerated partial breast irradiation programs. We’re now also using high dose rate brachytherapy to treat prostate cancer. In 2002 we became one of the first clinics in the world to begin using 3D planning, which caught the eye of many the people around the country. Radiation oncologists and physicists would come here to get trained and then implement it in their clinics.

I was fortunate to have joined the department during an influx of new technology, including multi-leaf collimators and 3D CT planning, and to have been part of a leading brachytherapy program that has grown over the years.

I’ve always had a passion for teaching. And the department’s commitment to resident education was one of the factors brought me to Madison. I revamped the physics teaching of Radiation Oncology Residents and started the Radiation Oncology Physics Residency Program.

What accomplishments are you proudest of?

Das: Two things—the happiness of the patients I treat and the confidence of residents who graduate from our program. These two things have kept me going. 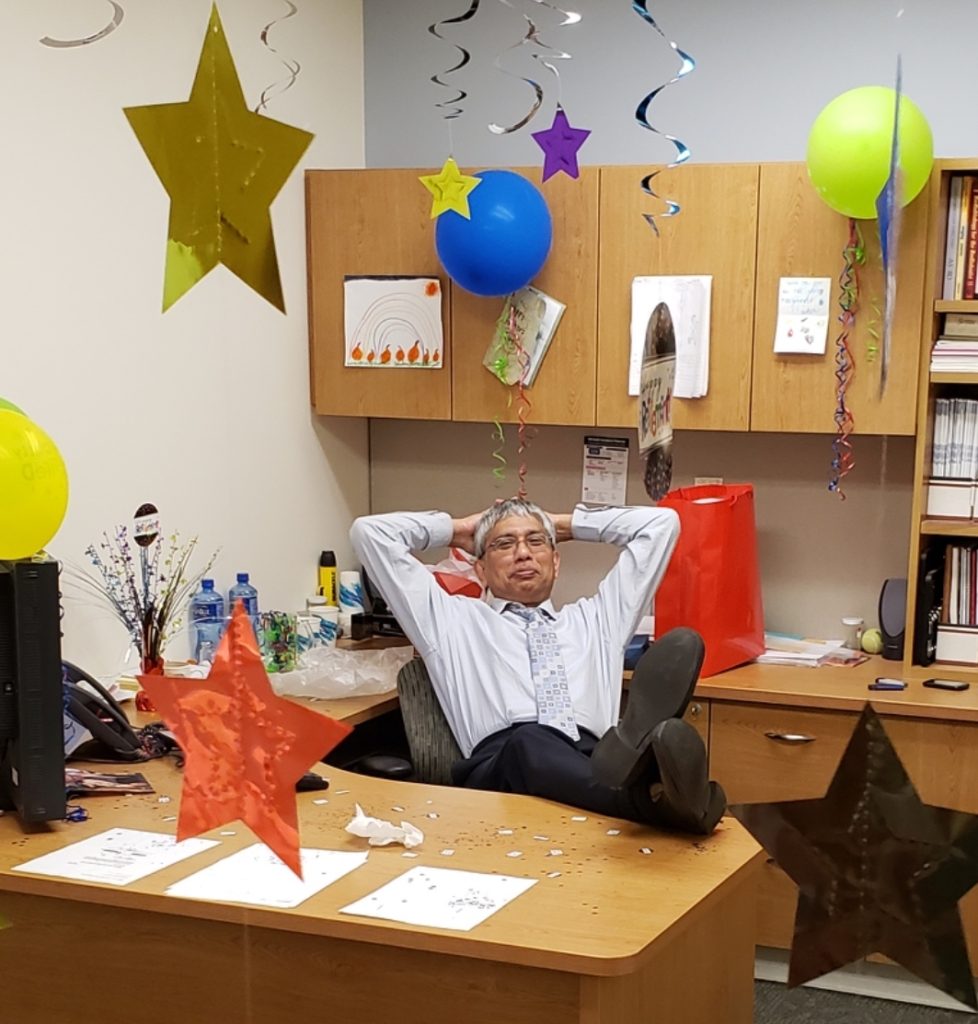 What advice do you have for students, residents and junior faculty members?

Das: To our Physics residents: “Be in the clinic rather than in your office!”
To our Radiation Oncology residents: “Understand the concept of physics, don’t try to memorize physics!!”

What are your retirement plans?

Das: My plan for how I’ll spend my retirement is still in the works. I might do some charitable work, travel and perhaps get involved in a business related to biophysics. Whatever I wind up doing, I want to continue helping people.

I grew up in a multifamily house in a very crowded city, and I knew almost everybody in the neighborhood. I interacted with everybody and I helped as many people as I could. I made my life in this department something like my life in my hometown. This is my Calcutta—I tried to help our patients, I enjoy talking to colleagues and co-workers, and I go home happy. I always tell myself I’m the luckiest person in the world. I came to this country as a student to do a PhD in nuclear physics and got lucky every step of the way.