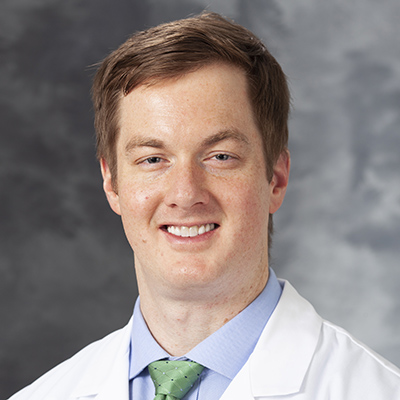 Dr. Mitchell Carroll, who earned his PhD in medical physics at the University of Texas MD Anderson Cancer Center, joined the Department of Human Oncology as an assistant professor in September.

Most recently, Carroll served as a junior medical physicist with the US Oncology Network, which gave him the opportunity to work at several hospital and outpatient radiation therapy centers throughout the Southeast. This afforded valuable clinical experience with several different treatment modalities and procedures. His primary specialty has been brachytherapy, but he has also worked actively with external beam radiation therapy.

“I’ve spent the last few years working in private practice and gotten a taste of the purely clinical side of things,” Carroll says. “I’m excited to be back at a place where I’ll be able to pursue both academic and clinical work.”

Carroll looks forward to applying his skills and experience to the department’s brachytherapy program as well as working with tools he has not yet had the opportunity to use.

Carroll earned his BS in physics with an emphasis on particle physics at Furman University. He became interested in medical physics while working on his MS in nuclear engineering at Texas A&M University. “My mentor, who specialized in medical physics, piqued my interest in the field,” Carroll says. “Nuclear engineering and medical physics overlap in a lot of ways. Being able to apply what is typically used in power generation and environmental safety to health care seemed interesting. So, I started doing some shadowing and a little bit of joint research at MD Anderson in Houston and applied to the medical physics program there the following year.”

Carroll grew up in Tallahassee, Fla., where he developed a passion for waterskiing and sailing. For the past couple of years, he has lived in Georgia, which has given him the opportunity hike along the Appalachian Trail as well as other trails. He has also done some hiking in other parts of the world.

In addition to his outdoor pursuits, Carroll enjoys programming and building computers. Next year he and his fiancé, Angela will be getting married. “We’re looking forward to making new friends in Madison,” he says.