I am a professor in the Department of Human Oncology (DHO) at UW–Madison, where I study genome surveillance, cell growth and neurodegeneration. Prior to joining DHO in 2010, I was an associate professor in the Department of Pharmacology at UW–Madison. My postdoctoral studies were carried out in the laboratory of Robert Abraham University (Duke University). We were among the first labs to functionally characterize members of the PI3 kinase-related kinase superfamily that includes DNA-PK, ATM and ATR—three critical regulators of the intracellular DNA damage response.

Current work in our lab is aimed at understanding how diverse growth-inhibitory signals, including DNA damage, cell-cell contact and growth factor depletion downregulate gene expression through the CREB pathway and how defects in this regulation contribute to tumorigenesis. A second related project is deciphering how alternative splicing influences DNA damage repair and tumor suppression using cellular and in vivo (mouse) models. Finally, our laboratory has developed several Drosophila melanogaster (fruit fly) models for the motor neuron disease amyotrophic lateral sclerosis. We are using these models to probe genetic mechanisms of neurodegeneration. We actively collaborate with both basic science and clinical colleagues within and outside the UW campus on each of these projects. I also teach material related to cell growth and DNA damage repair for several on-campus graduate programs, serve on both NINDS and NCI grant review panels and have served as editor and ad hoc reviewer for the Journal of Biological Chemistry, Nature, the EMBO Journal and other journals.

Dr. Randal Tibbetts studies genome surveillance, cell growth and neurodegeneration. Current work in his lab is aimed at understanding how diverse growth-inhibitory signals, including DNA damage, cell-cell contact and growth factor depletion downregulate gene expression through the CREB pathway and how defects in this regulation contribute to tumorigenesis.

DNA repair defects and increased proliferative potential are two hallmarks of virtually all cancer cells. We are investigating pathways controlling DNA repair and cell proliferation—and the interfaces between them—to define cancer cell vulnerabilities that may be exploited through novel targeted therapies.

There are currently two active projects that broadly pertain to mechanisms of genome surveillance growth regulation and tumor suppression. 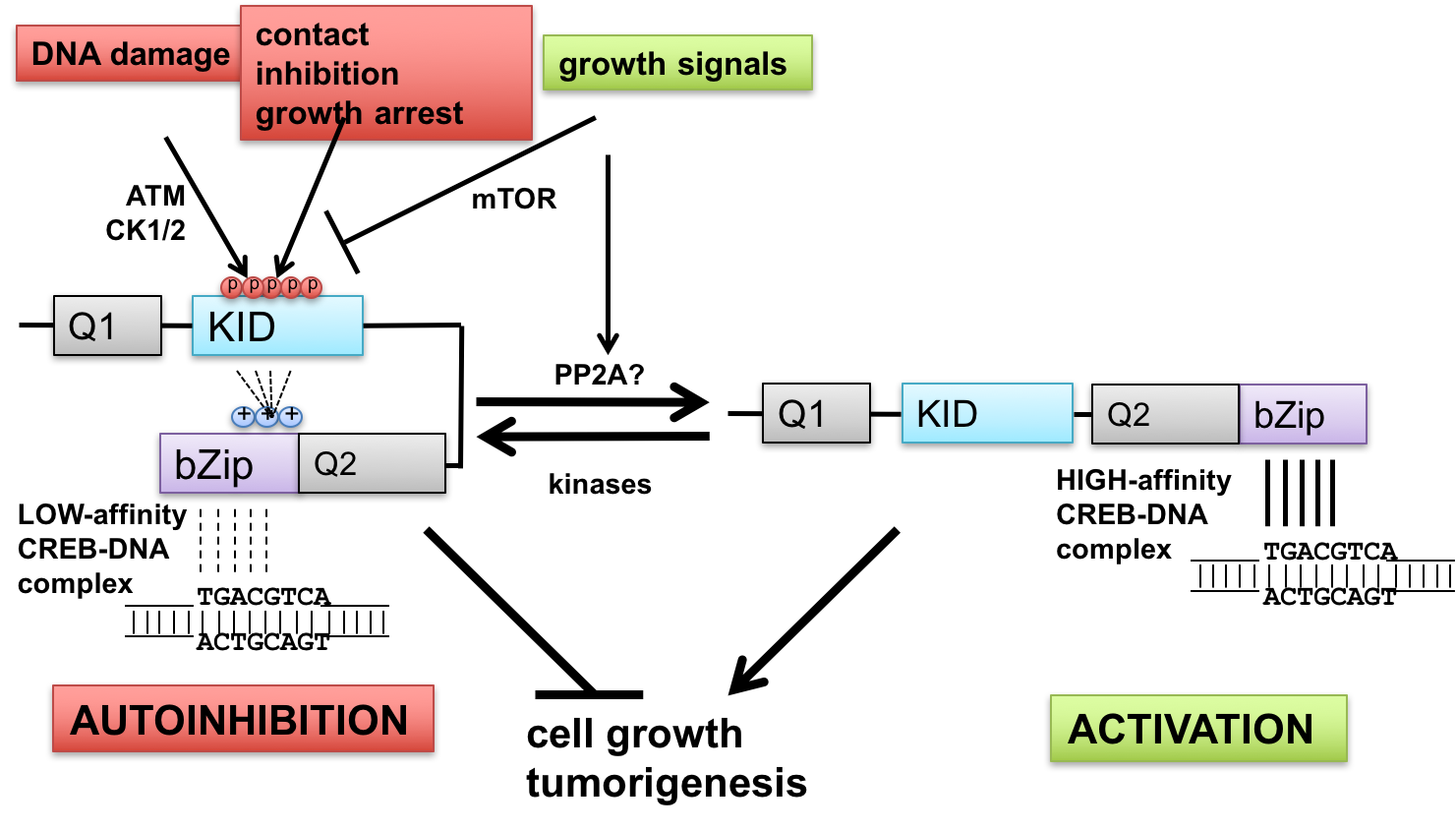 ALS is a fatal neurodegenerative disease that affects motor neurons. Recent genetic advances have identified genes that are critically involved in the ALS disease process, including the RNA-binding proteins TDP-43 and FUS/TLS, the uncharacterized open reading frame, C9ORF72, and UBQLN2.  We are using cell culture, Drosophila melanogaster (fruit fly) and mouse models to understand how ALS-associated mutations in these genes instigate neurodegeneration. We are particularly interested in how ALS mutations in the ubiquitin chaperone UBQLN2 promote its misfolding and aggregation, leading to disruption of protein clearance mechanisms and neuron death (Fig. 2).  The long-term goal of this work is to identify key pathways that may be amenable to therapeutic intervention in ALS and related dementias. 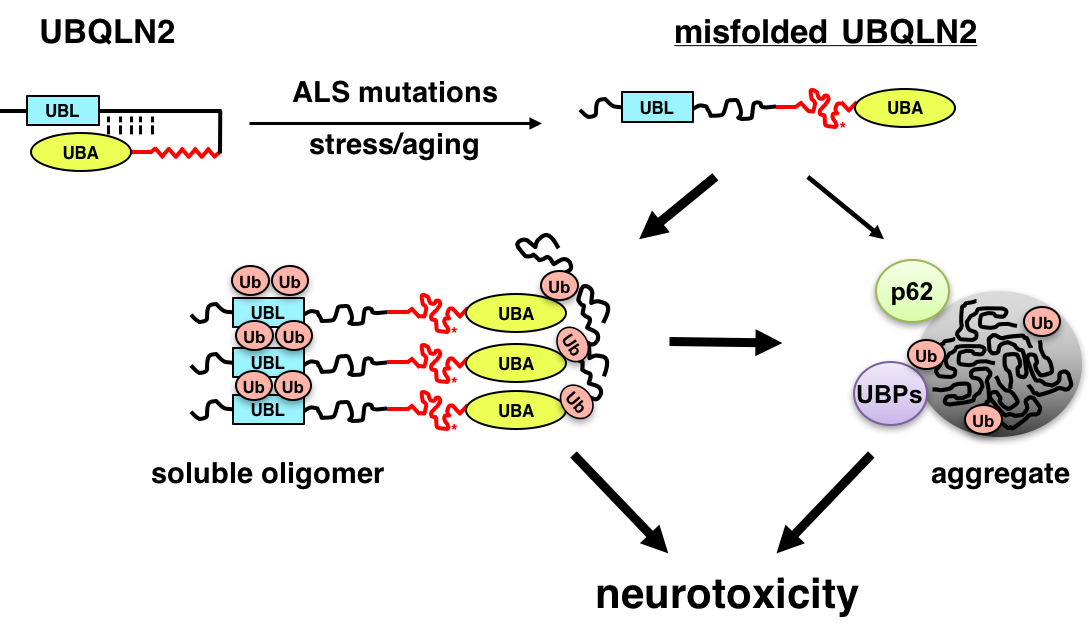