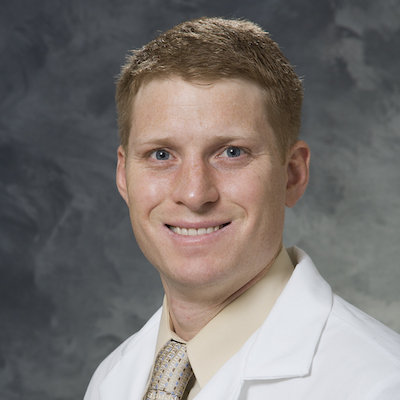 Dr. Zachary Morris, assistant professor in the Department of Human Oncology, received the 2019 Shaw Scientist Award from the Greater Milwaukee Foundation. The award, which comes with $200,000 in seed funding, will support Morris’ research on how different doses of radiation therapy may impact the ability of a patient’s immune system to recognize their cancer and how radiation dose may affect the susceptibility of cancer cells to that immune response.

Morris plans to test whether brachytherapy—a type of radiation therapy in which radioactive seeds are inserted directly into the tumor bed to deliver a precise localized dose of radiation—improves the tumor’s response to certain immunotherapies. He will first test this technique on  melanoma, with the expectation of expanding this research to a wide variety of tumor types.

“In today’s research funding climate, philanthropic support plays a critical role in the development of new concepts, enabling researchers to take new ideas and advance these to more substantiated concepts with preliminary data to support their feasibility,” Morris says. “Without such support, it is very difficult to pursue the research needed to move new ideas into viable concepts for grants. Yet, those new ideas are the critical engine for innovation in science and medicine.”

Dr. Paul Harari, chair of the Department of Human Oncology remarked: “The research theme of Dr. Zach Morris to explore how best to combine radiation with immunotherapy in cancer therapy is enormously promising. The brachytherapy combination is particularly novel since this form of radiation delivers a uniquely localized dose of radiation to the tumor.”

The Shaw Scientist Awards program began in 1982 thanks to a $4.3 million bequest from Dorothy Shaw, widow of James Shaw, a prominent Milwaukee attorney. In addition to $2 million in special grants, the Shaws’ fund has awarded nearly $15 million in grants to 78 scientists from UW–Madison and UW–Milwaukee. An advisory panel including scientists representing major U.S. research institutions recommends the winners.

Founded more than a century ago, the Greater Milwaukee Foundation is the region’s largest community foundation and was among the first established in the world.